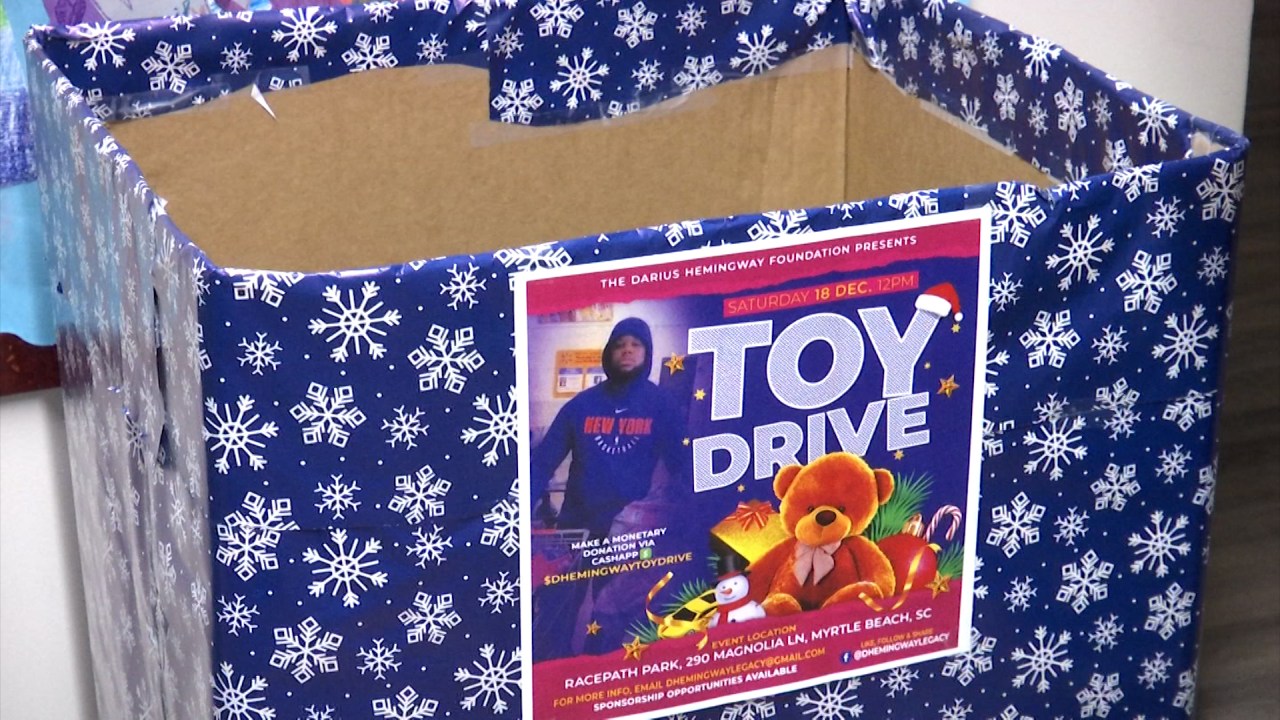 MYRTLE BEACH, SC (WBTW) – A toy drive started by a man who was killed in a shootout in Myrtle Beach last year is returning for its third year.

Darius Hemingway was 30 when he was shot and killed in October 2020, just months before he considered hosting his 2nd annual toy drive for the Racepath community in Myrtle Beach.

“He grew up here and he went through what he’s been through in the Racepath community, it’s not a bad community, but it’s not the best, and he just didn’t want the kids to feel excluded here, so he just wanted to give back here, whatever he could, ”said Hemingway’s cousin Jaylen Wright.

Our News13 team was present in 2019 for Hemingway’s first toy drive.

“It was his idea three years ago,” Wright said. “He wanted to give back to the community, to the kids in his community, which is the Racepath community, and he called me one day and told me to go buy these toys and coats for the kids, and I said “I’m ready to go,” Wright said.

Wright decided to continue Hemingway’s legacy in 2020 after his death.

“After the tragedy, I made sure, I made a promise to myself that I was going to carry on for him and the kids in the community,” Wright said.

Once Wright decided to continue his cousin’s legacy, word spread and hundreds of toys were donated. He said the toy drive last year helped more than 300 children in Horry County.

“He would have loved it,” Wright said. “Just to see how many kids are getting what they got, he would have been really excited. I’m pretty sure he smiled at us last year.

The 3rd annual Darius Hemingway Foundation toy drive will take place on December 18 at Racepath Park. In the meantime, donations of toys are needed. Items can be dropped off at the following locations until December 15th.

More information can be found by going to the Darius Hemingway Foundation website.