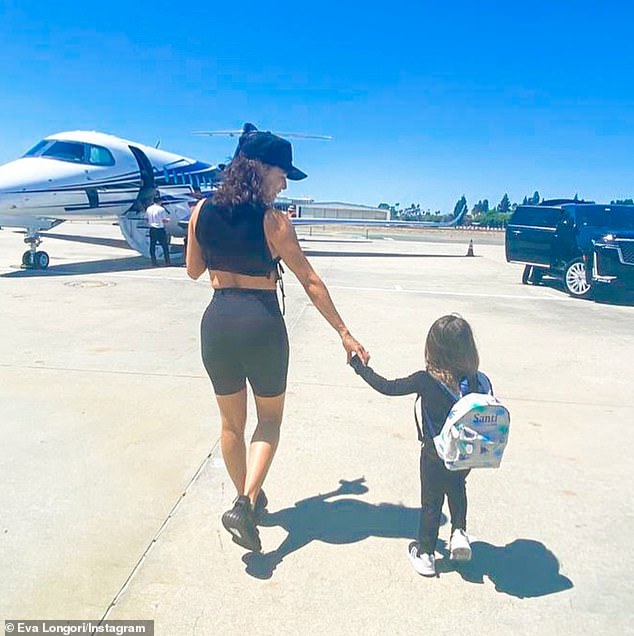 Eva Longoria, Kimberley Walsh and Giovanna Fletcher are among the celebrities supporting a baby brand as it revives following a devastating fire.

My first few years took a heavy toll on the business when a fire ravaged their warehouse almost five months ago, causing Â£ 15million in damage.

As the company relaunched with new management 18 weeks later, its celebrity fan base has shown its support by sharing snaps of their toddlers in clothes.

Star actress Eva Longoria, 46, recently shared a photo of herself and her three-year-old son Santiago wearing a cute personalized backpack.

In the image, Eva showcased her sensational figure in a crop top and cycling shorts as she held her little one’s hand as she made her way to a private jet.

Her little boy wore the brand’s Â£ 25 dinosaur-print backpack with ‘Santi’ embroidered on the front of the item. 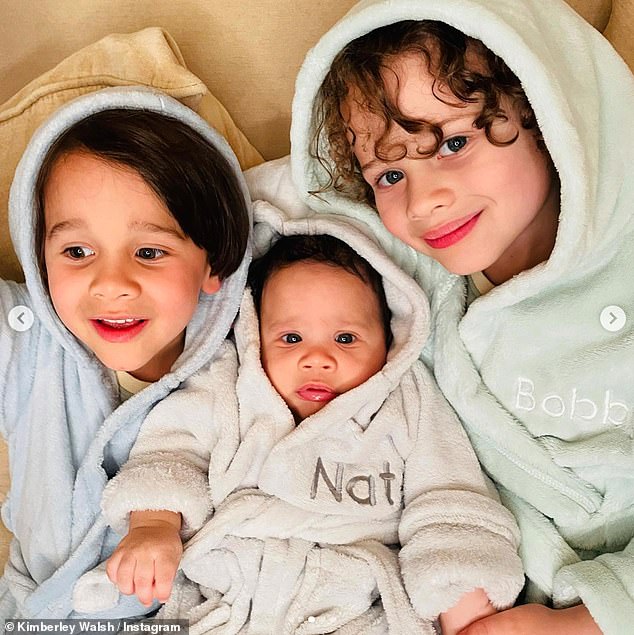 The Kimberley boys each wore Â£ 28 fleece dresses in a variety of pastel colors, with their names sewn onto the front of the soft clothes.

In 2016, Prince George stole the show when he met Michelle and Barack Obama wearing the brand’s dressing gown and slippers, sparking sales for her custom Â£ 27 gown.

The owner and staff of the company were devastated when the fire destroyed their 90,000 square foot premises in Northampton.

The I’m A Celeb star interviewed her founders Dan Price and Jonny Sitton in a video posted to social media.

My 1st Years, which employs 150 people, has also received offers of support from street giants like Argos and Boots – and even free offices from a local business.

TV presenter Giovanna told the couple: â€œAs a foreigner you see what happened and you are completely shocked to know that the business has grown, grown, grown and then all of a sudden it’s all burned down. .

“You have become a brand that people associate with such great times, so I feel like your customers will stick with you.” A mother of three, Giovanna is a friend of Dan and Jonny, who have spent the past ten years making their company one of the UK’s most popular providers of personalized baby gifts.

The couple said they feared the worst when they woke up to learn their life’s work caught fire in the early hours of May 1.

In the video, Jonny said, “We had everything there, we had our offices up front and we had a production office behind, and then there was the warehouse and all the inventory.”

The blaze was so intense that the Northampton Fire and Rescue Service put in eight pumps to put out the blaze, using water from a local river. The fire destroyed all of the company’s machinery as well as 3,000 stock pallets. 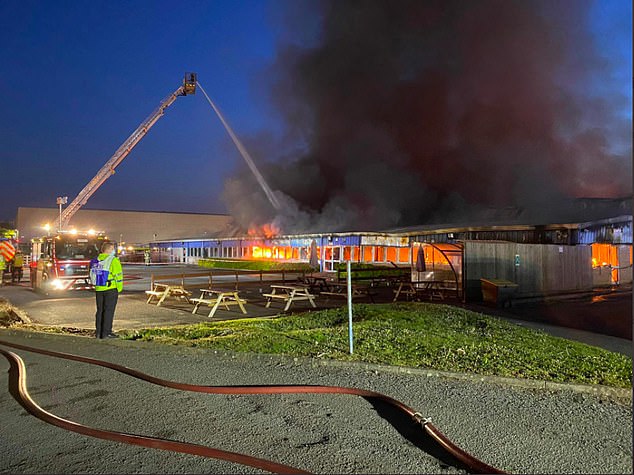 Shock: The founders and staff of the My 1st Years personalized gift service were devastated when a fire ravaged their 90,000 square foot premises in Northampton

Dan said: â€œWe woke up on Saturday May 1 in the wee hours of the morning with about 60 missed calls from our COO, Richard – and we realized the building was on fire. We just couldn’t believe it. We went there right away and by the time we got there the whole building was burnt down.

Giovanna asked the pair, “Are we talking that it’s all gone? I guess you’re talking about fabrics and things … Would you have been sure there was no one inside? ‘

Dan replied, â€œLuckily there was no one in the building which was the main thing we asked about right away. That’s all our machines – and all our stock too, it’s all gone. The first thing Jonny and I said in the morning was that we need to be positivity to get the business back on track as soon as possible. 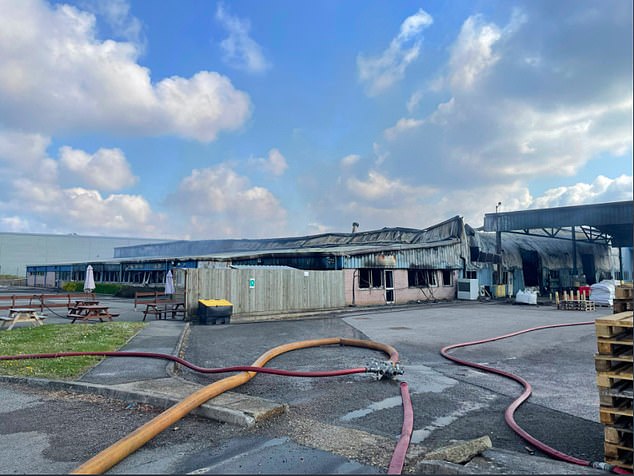 Sad: The blaze was so intense that the Northampton Fire and Rescue Service put in eight pumps to put out the blaze, using water from a local river

The company says it reimbursed approximately 1,400 customer orders overdue at the time of the fire within 72 hours.

He set up a temporary seat at a local hotel with a handful, while the majority of employees got paid time off until the company bounced back.

Giovanna said: “I think the motivation you have shown since the beginning of it all (means) I have no doubt that you are going to come out and do it.” 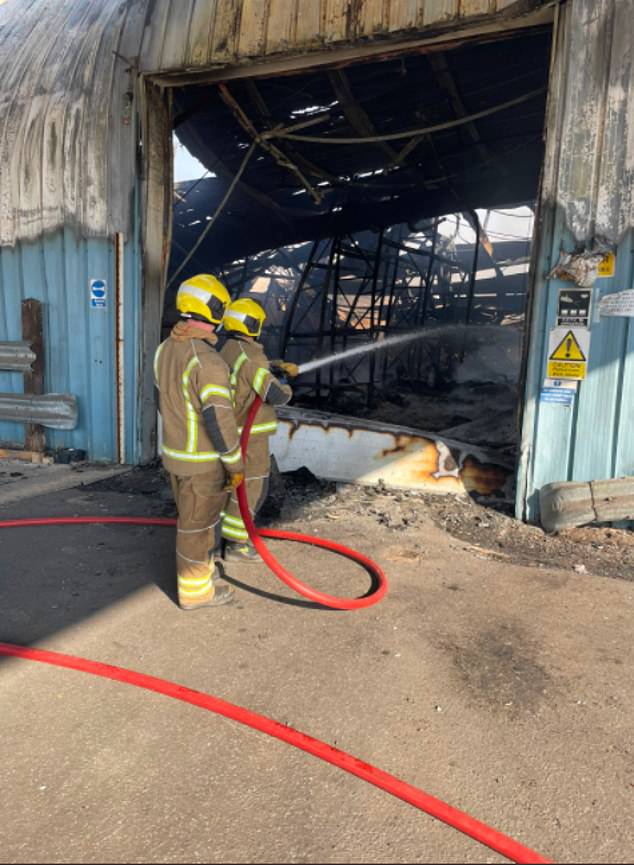 Hard: the fire destroyed all the company’s machines as well as 3,000 stock pallets

Police have launched an arson investigation into the blaze, which is part of several other unexplained fires in the area recently.

My 1st Years today thanked customers, staff and suppliers for their support.

Dan added in a statement: â€œAt first we just didn’t know what to do, but the support we had made us cry and gave us the strength to fight. 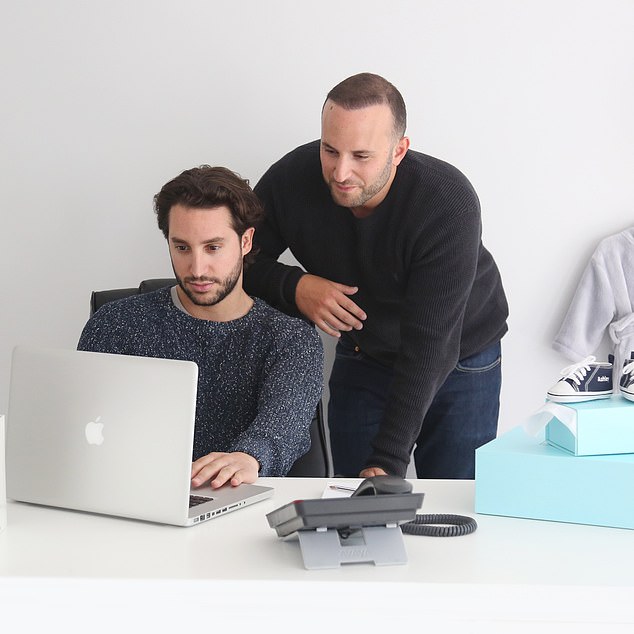 Company: Giovanna is a friend of Dan and Jonny, who have spent the past ten years making their company one of the UK’s most popular personalized baby gift providers.

â€œWe couldn’t believe the support we got from staff, investors to big names rallying to bring us back to life, including giants like Sainsburys, Argos, Boots and many more, down to the small ones. companies and even competitors. Offers of all kinds have poured in, giving us offices or warehouses, aids of all kinds. It is a dark time but we are now really seeing the light to rebuild stronger than before.

â€œWe want to thank the firefighters and the police who immediately went to the building. One of the main firefighters involved was even a My 1st Years customer, it was amazing.

â€œThe bravery of him and his colleagues humbled us. We just wanted to thank everyone including Giovanna, we will recover from the kindness we have shown.

After the May attack caused more than Â£ 15million in damage and disrupted sales, the brand is relaunching with a new brand focus and a whole new line of products that consumers can buy and customize.

After the factory and office fire destroyed merchandise, emptied the property and forced My 1st Years to completely suspend operations, halting the strong growth of the business which was estimated at Â£ 30million in 2021 .

The blaze destroyed over Â£ 3million of stock, over Â£ 1million of equipment, as well as a 100,000 square foot warehouse, head office and photography studio, and forced large refunds to customers – while suspending exchanges for more than 18 weeks.

With fire recovery typically taking nine to twelve months, the My 1st Years team was determined to ensure that all of its 120 employees retain their jobs and that the company is rebuilt stronger and more vibrant than ever, and in a shorter time.

Just 18 weeks later, the brand reopens a new factory and office in Northampton, with space for the workforce to grow and become a more sustainable business.

Purebaby partners with Cheetah Digital to transform its loyalty program