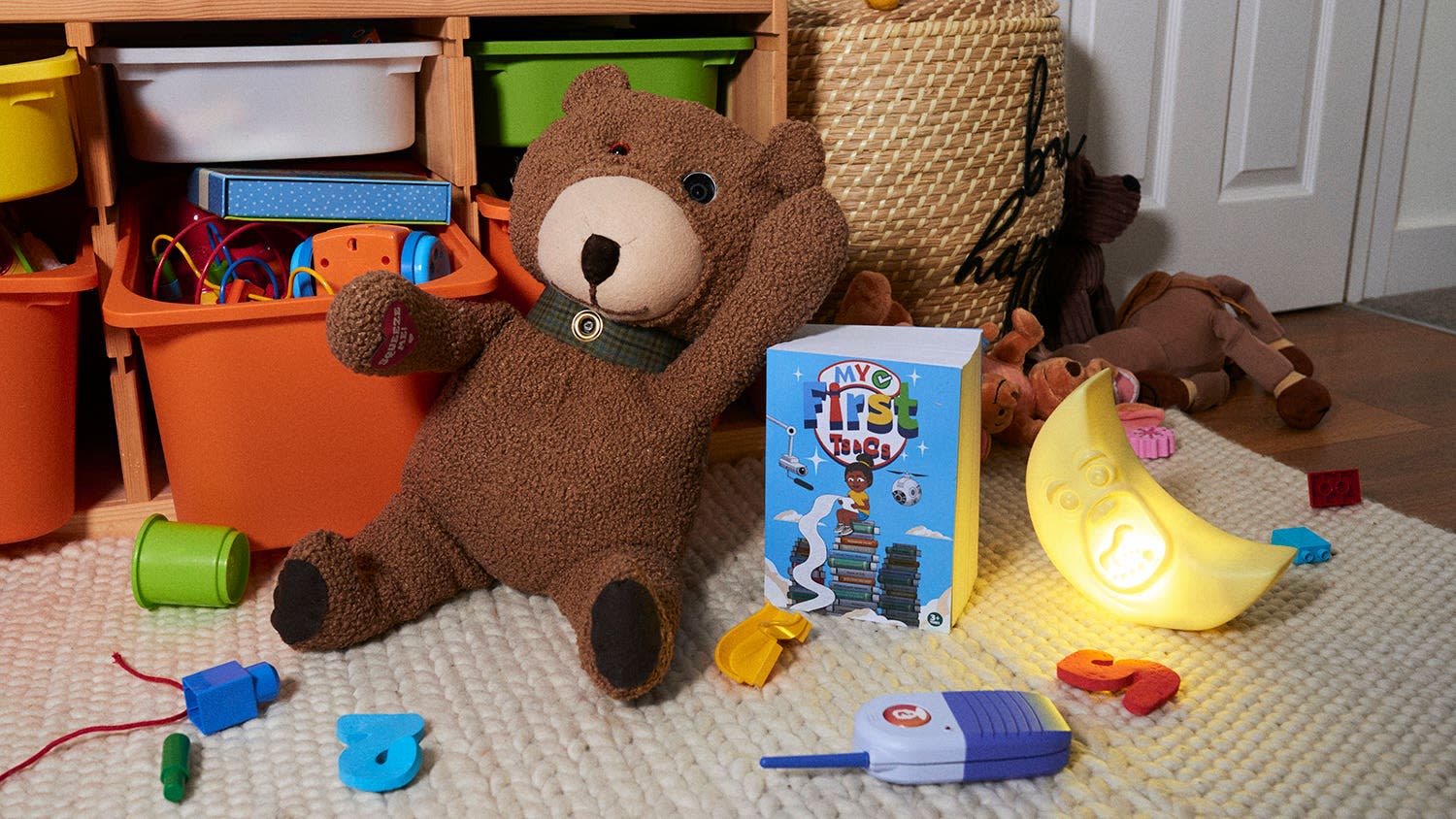 A collection of fictional toys that mimic online abuse has been unveiled by a children’s rights group to highlight how certain permitted behaviors online would never be tolerated in the real world.

The 5Rights campaign group has launched ‘Twisted Toys’ including a shared bear that gathers and shares a child’s data and a pocket troll that scrutinizes a child’s every moment of day and bombards them with mean comments. .

The group says the campaign’s aim is to help parents understand the dangers children can be exposed to online, and was launched alongside new research from 5Rights that found 80% of parents don’t. trust tech companies to protect kids online, and 71% think the government should do more around online safety.

The toy line also includes a book of stories about terms and conditions that would take hundreds of hours to read and a “talkie talkie” that allows strangers to interact with children.

The government unveiled the Online Security Bill earlier this year, which will introduce a new due diligence requirement for online platforms and bring them within the scope of Ofcom in its new role as regulator in line.

“Too often people forget that digital products and services are consumer goods – and as such, they need to be safe for those who use them – especially children,” she said.

“We don’t share personal information about children with random strangers, we don’t allow strangers to knock on the door and ask for a naked Polaroid, we don’t allow people to rate their emotional state for their sake. sell something. But all of this is happening online every day.

“Simply put, we don’t accept this in the real world and we must not allow it in the digital world.

“Twisted Toys shows how dangerous and inappropriate data monitoring is; that the terms and conditions are not suited to their purpose; and that the technology sector does not offer even the most basic security requirements. Parents want change.

According to 5Rights research, 90% of parents surveyed believe the Internet can be dangerous for children.

The campaign was supported by a number of online safety activists, including Ian Russell, whose daughter Molly committed suicide in 2017 after viewing self-harm and suicide content on social media.

Mr Russell, who has since established the Molly Rose Foundation in memory of her daughter, said that while the fictional toys “might seem like a disturbing vision of a warped future”, they “actually reveal the digital danger to which our children are faced with every day, right now ”.

He added: “Since the death of my youngest daughter in 2017, I have explored the depths of these perils and felt the disruptive effect they produce.

“Safely designed technology platforms can be of great benefit to our children, but as long as profit is a priority, distress will spread digitally and young lives will be ruined and lost.

“Twisted Toys sends a clear message and raises awareness of harms too easy to find online, harms that can affect our mental well-being.

“This 5Rights campaign will save lives, it stimulates reaction and clearly shows that effective regulation is long overdue to end the misery and anguish that technology platforms can cause.”

It also received support from Lord Vaizey, the former Minister of Culture, Communications and Creative Industries, who said he “really brings to life the way technology platforms follow and watch our children”.

“While the technology is different, we can’t just dismiss societal norms, and Twisted Toys cleverly points out the kinds of things that we now seem to accept as normal and which are in fact totally unacceptable,” he said.